The fourth meeting of the South Asian Association for Regional Cooperation (SAARC) Council of Experts of Energy Regulators (CEERE) kicked off on Monday, at Hotel Jen in capital city Male'.

The meeting was held to discuss finalizing the roadmap draft of the SAARC Framework Agreement for Energy Cooperation (Electricity).

Inaugurated by the Minister of Economic Development Fayyaz Ismail, a total of 23 delegates from SAARC participated in the meeting.

The discussions will conclude on Tuesday. 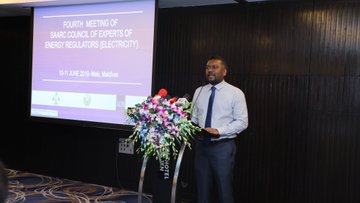 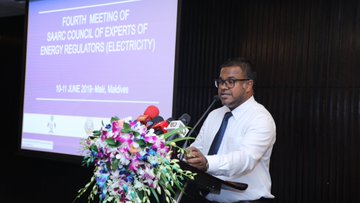 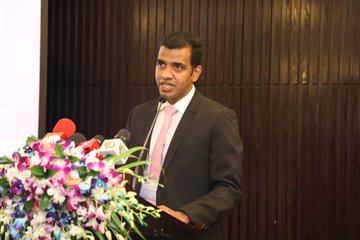 Fourth Meeting of SAARC Council of Experts of Energy Regulators (Electricity) is underway at Hotel Jen. This two-day meeting was inaugurated by Minister of @EconDevMv Mr. Fayyaz Ismail. #Energy #EnergyMV

Ministry of Environment tweets regarding the fourth meeting of the SAARC Council of Experts of Energy Regulators. PHOTO: TWITTER

According to the President's Office, the agreement will facilitate assistance for projects pertaining to renewable energy and allow Maldives to gain technical and technological advancements as other SAARC members.

Moreover, the agreement will allow cross-border electricity trade among the regional intergovernmental organization.

The framework agreement was signed by all member states on November 27, 2014, during the 18th SAARC Summit held in Nepal.

Up to MVR 7.71mln to be issued to resorts under stimulus...

The Finance Ministry has revealed the details of the Economic Relief Package announced...

South Africa's retired Justice Johann Kriegler, who was appointed by the Attorney...

Rizot Holidays launched Avastrip, one of the first B2B hotel booking platforms to...

The Parliament on Monday declared that Ministry of Islamic Affair's distribution...

Quarantine period of returnees from Philippines under review