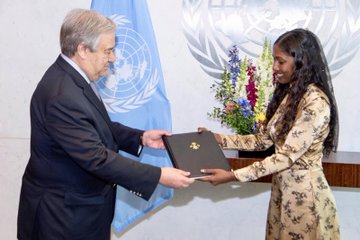 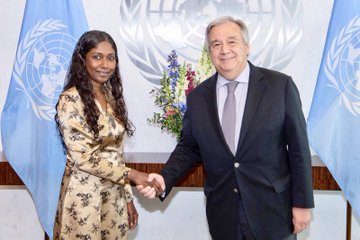 57 people are talking about this

In addition to serving as Ambassador to the United States and Canada, Thilmeeza is the first Maldivian woman to be appointed as a Permanent Representative to the UN. 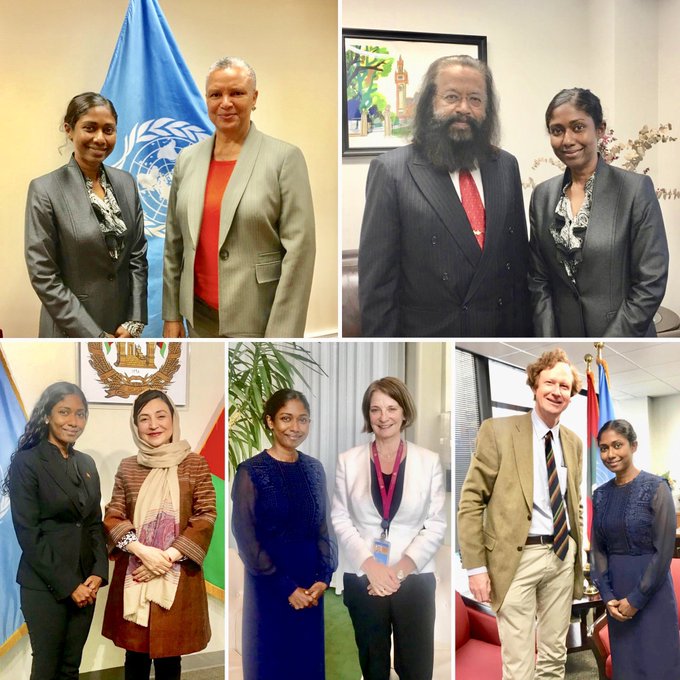 PR-designate @Thilmeeza Hussain pays courtesy calls on some of the PRs in New York last week, including the Bahamas, Mauritius, Afghanistan, Austria and Norway.

28 people are talking about this

Permanent Mission of the Maldives to the United Nations tweets regarding the courtesy call. PHOTO: TWITTER

In early May, she presented her credentials to US State Department's Chief of Protocol, Ambassador Sean P. Lawler.

The Ambassador is an Adjunct Professor of Sustainability at New Jersey's Ramapo College. She is also the Co-Chair of Socially and Economically Just Adaptation and Mitigation Team at the United States Climate Action Network.

She had previously served as the Deputy Permanent Representative at the Permanent Mission of Maldives to UN, and also held the post of Non-Resident Deputy Ambassador to the USA and Canada.

US Ambassador to Maldives Alaina Teplitz and Minister of Foreign Affairs Abdulla Shahid also signed a Memorandum of Understanding (MoU) extending academic exchanges conducted under the US Fulbright program.

The Maldives recorded 30 new positive cases of COVID-19 on Thursday, bringing the...

Housing Minister Aminath Athifa has resigned from her post. A reliable source has...

Elections Commission of the Maldives (ECM) has revealed that candidates who contested...

US President Donald Trump and Chinese leader Xi Jinping have agreed to meet at the...