Damages sustained due to weather conditions being monitored: NDMA

National Disaster Management Authority (NDMA) announced that the islands that sustained damages due to current weather conditions are being monitored by the authority.

Incidents of strong winds uprooting trees and blowing off the roof tops in various households were reported from southern islands.

According to NDMA, island councils were working together with Maldives Police Service and Maldives National Defence Force (MNDF) to repair the damages.

It is Eid holidays for all of us but @MNDF_Official is at work. #Salute #Respect #Appreciate 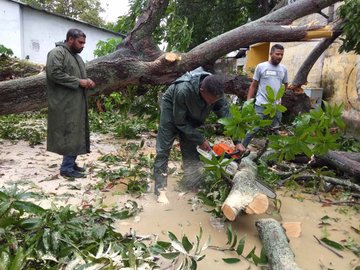 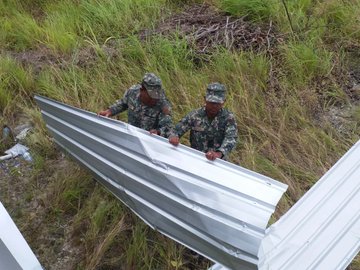 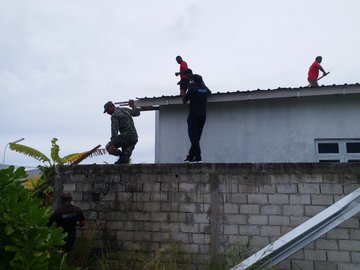 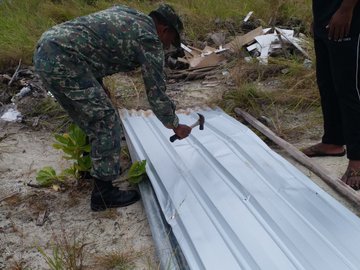 134 people are talking about this

NDMA reports that a total of 24 houses in Addu City and 15 houses in Fuvahmulah City sustained damages to their roofs.

As per Maldives Meteorological Service (MET Office), majority of the country will experience heavy showers and thunderstorms during Sunday and Monday - the first two days of Eid Al-Adha. MET Office advised the public to exercise caution, as southern atolls are expected to experience strong winds and rough seas as well.

Mӧvenpick Hotels & Resorts, an upscale brand within the AccorHotels Group, has raised...

The United States’ has imposed sanctions against a Maldivian after placing him in...

Soneva Fushi wasn’t the first private island resort to open in the Maldives – that...

Maldives Inland Revenue (MIRA) has stated that there is a high probability that...

Party representatives must be subject to penalty for illegal...

Jumhooree Party (JP), on Monday, asserted its endorsement of exacting redress over...