Constance is a brand with a genuine passion for hospitality in its DNA, and at Constance Halaveli Maldives, this passion is coined with classic Maldivian hospitality allowing it to create the fondest of emotions. With its new signature – True by Nature – Constance Halaveli Maldives offers truly the best of everything; true people, true places, true experiences and true services.

To mark 10 years since the inception of Constance Halaveli Maldives, we celebrate some of the longest-serving and dedicated team members working at the property, who have left hundreds of guests with genuine smiles.

Joining the team at Constance Halaveli Maldives in 2010, Nafiu Ali started his career as an Island Host at the Housekeeping Department. From a marketing background, Nafiu’s biggest strength is punctuality – a trait the management of Constance Halaveli Maldives applauds. In 2015, Nafiu underwent training after which he became Porters team leader at the front office, supervising the works of three team members. 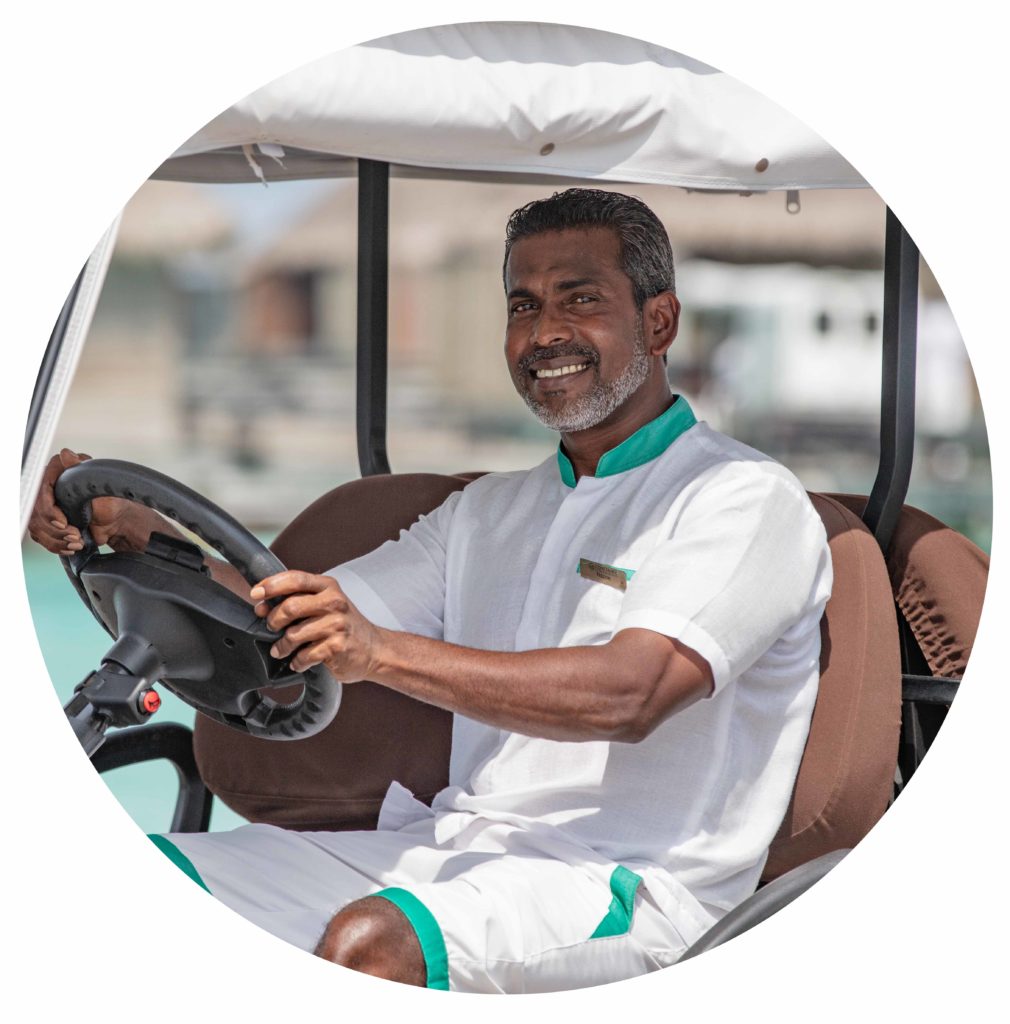 “Everyone has two families, one at home and the one at work. And to be frank, I think it will be the saddest day in my life, when I have to leave behind the family I have here at Constance Halaveli Maldives.” ﻿

Hameed Siddiq has been with the team at Constance Halaveli Maldives since the beginning. Siddiq, who has been in the Maldives since 1997, came on as the Senior Chef de Partie during pre-opening. His dedication saw him move to the post of Junior Sous Chef within just six months, followed by other promotions. 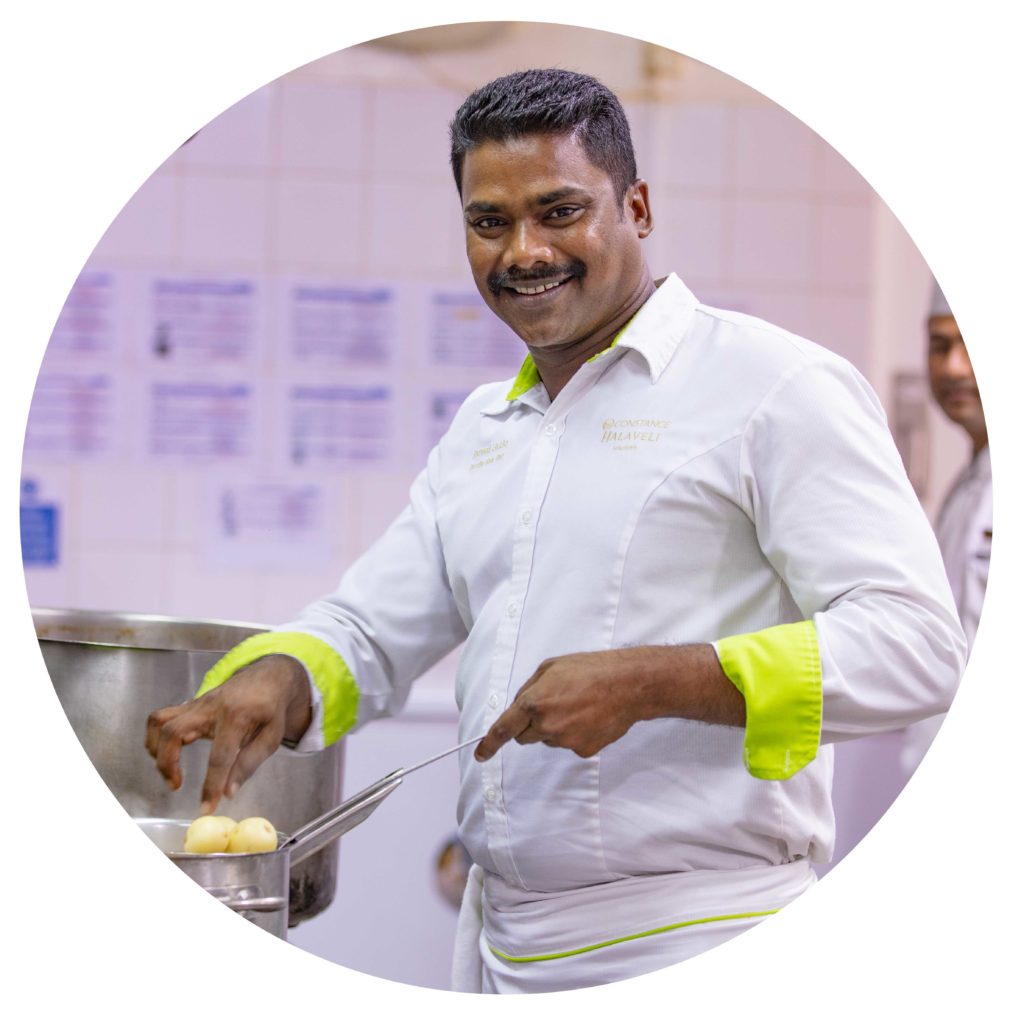 “My greatest love is for cooking, and I get to do what I love here at Constance Halaveli Maldives. When it comes to my opinion about the property, nothing comes to my mind, except that there’s no reason to complain. Everyone’s wishes are met here.”

Mohamed Dulal has been at the island for the past 12 years, doing what he does best. Originally from Chittagong, Bangladesh, Dulal is a member of the gardening team who has bigger responsibilities bestowed on his shoulders from the rest of his colleagues. Dulal spends a number of days every week at the top of the palm trees, cleaning to ensure that no accidents befall on the guests and team members. 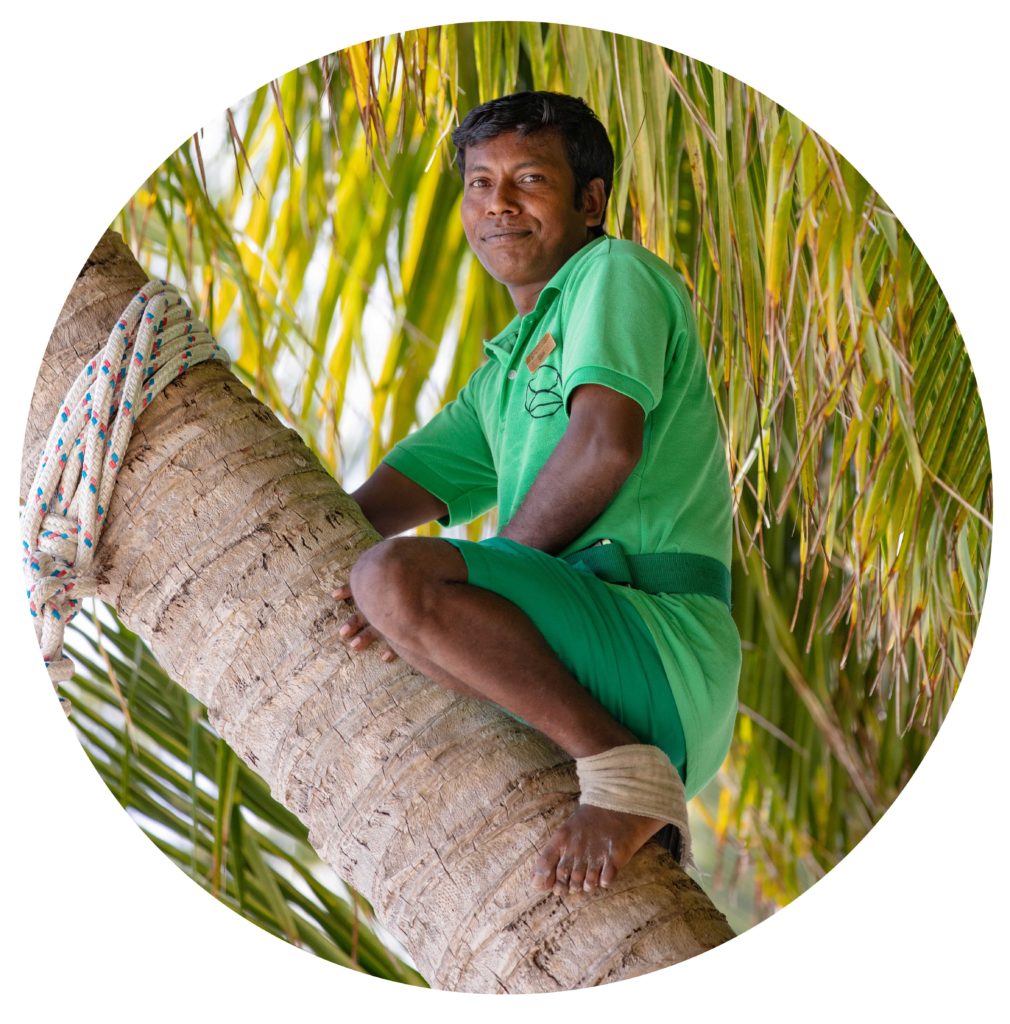 “My main task is cleaning the gardens and walkways. And the additional responsibility is to clean the tops of the palm trees. As one of two who can climb palm trees, I make sure that nothing accidentally falls from the top.” 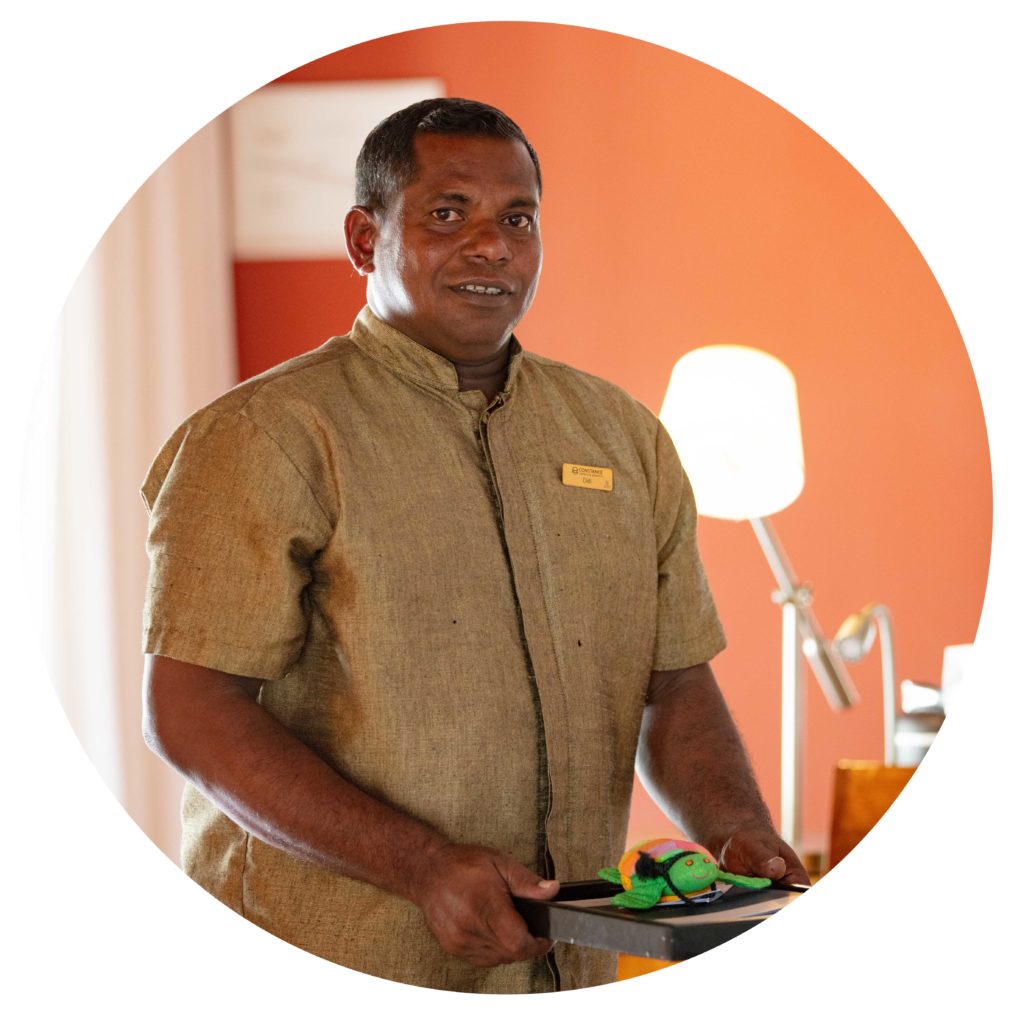 “What I love to do is housekeeping, and that’s the reason I’m here and will continue to do so. My motivation is being capable of delivering exactly what is expected of me. I am happy when the management is happy with me.”

Hassan Fayaz joined the industry as a room boy. After a break working at Constance Moofushi Maldives as a waiter, Hassan rejoined Constance Halaveli in 2009. In three months, he was a supervisor at Jing – the fine-dining restaurant – and has been so far instrumental in the success of the restaurant. 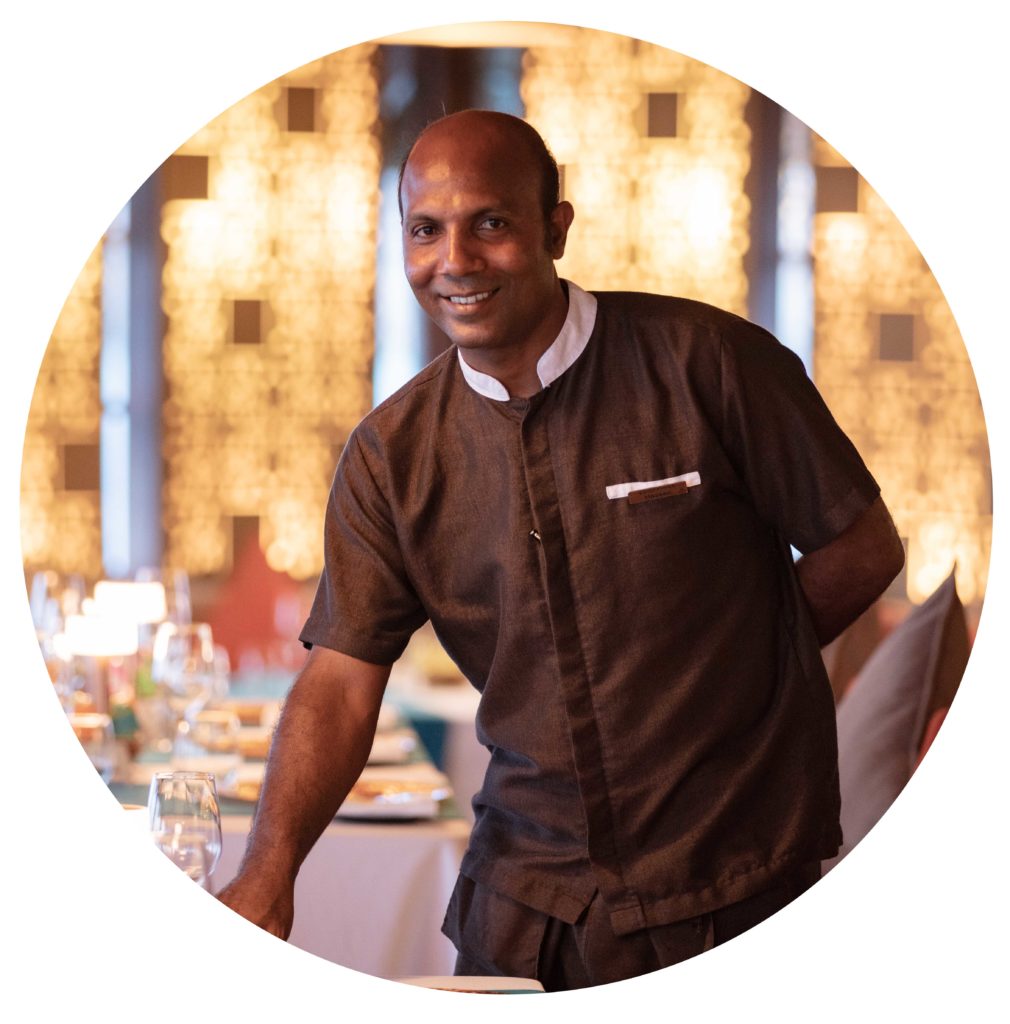 “I am motivated in my ability to help others grow, especially my team members. My philosophy is to ensure that they are happy so that they can deliver services to the best of their abilities. What I love most about the property is the culture of taking care of each other ingrained from the start.”

Hailing from Kulna in Bangladesh, M.D. Jamal Hussain has been a part of the Constance Halaveli Maldives team since 2009. He looks after the accommodation blocks of the team members, cleaning and maintaining the rooms of the executive and other management team members. 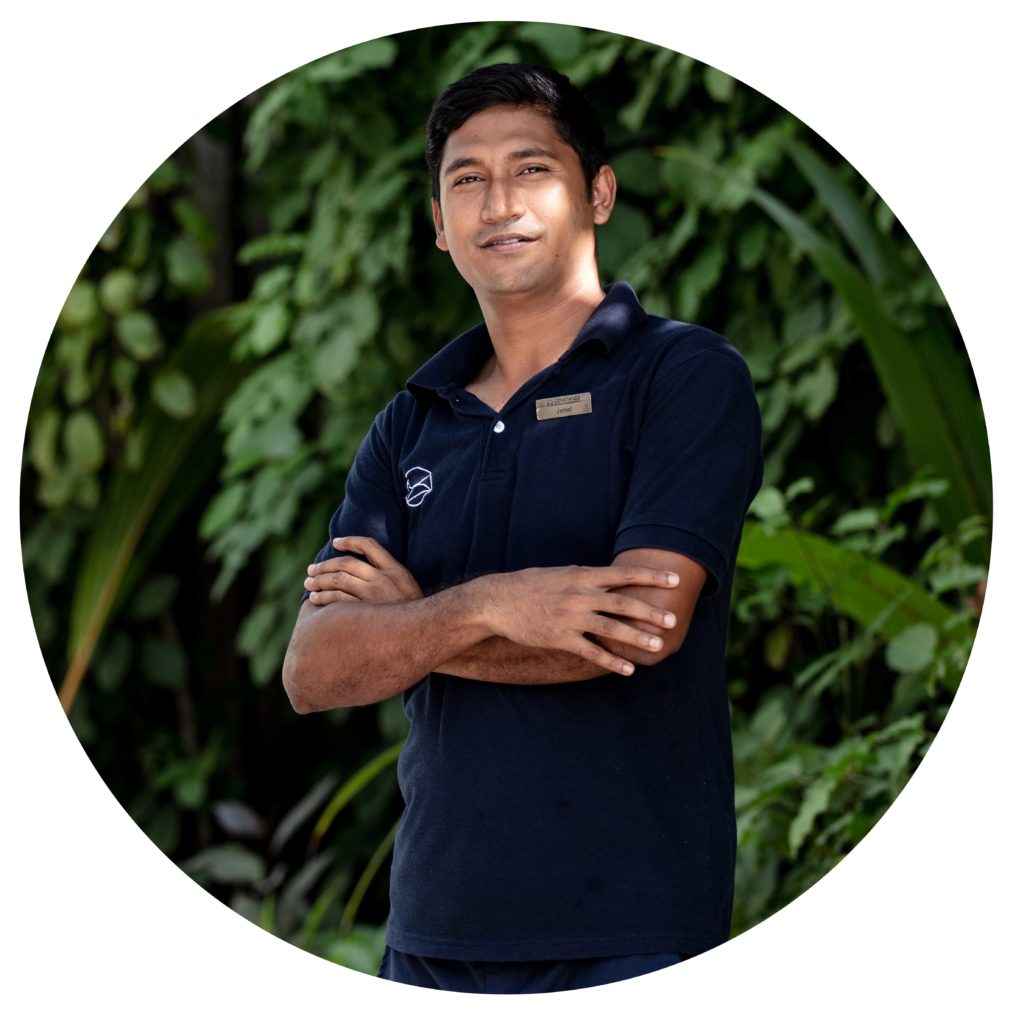 “There are four people in my section and I have the full support of the management and my team. That makes me believe that I’m a part of this big family that is Constance Halaveli Maldives. Despite the number of offers available to anyone, we’re happy to be a part of this family.”

Abdul Kalam, from Bangladesh, has been on the island long before it became Constance Halaveli Maldives. As a maintenance assistant at the Engineering Department, Kalam is the go-to guy when it comes to fixing anything, and everything. With extensive knowledge in maintenance, there are only but a few areas which he is not well-versed in. 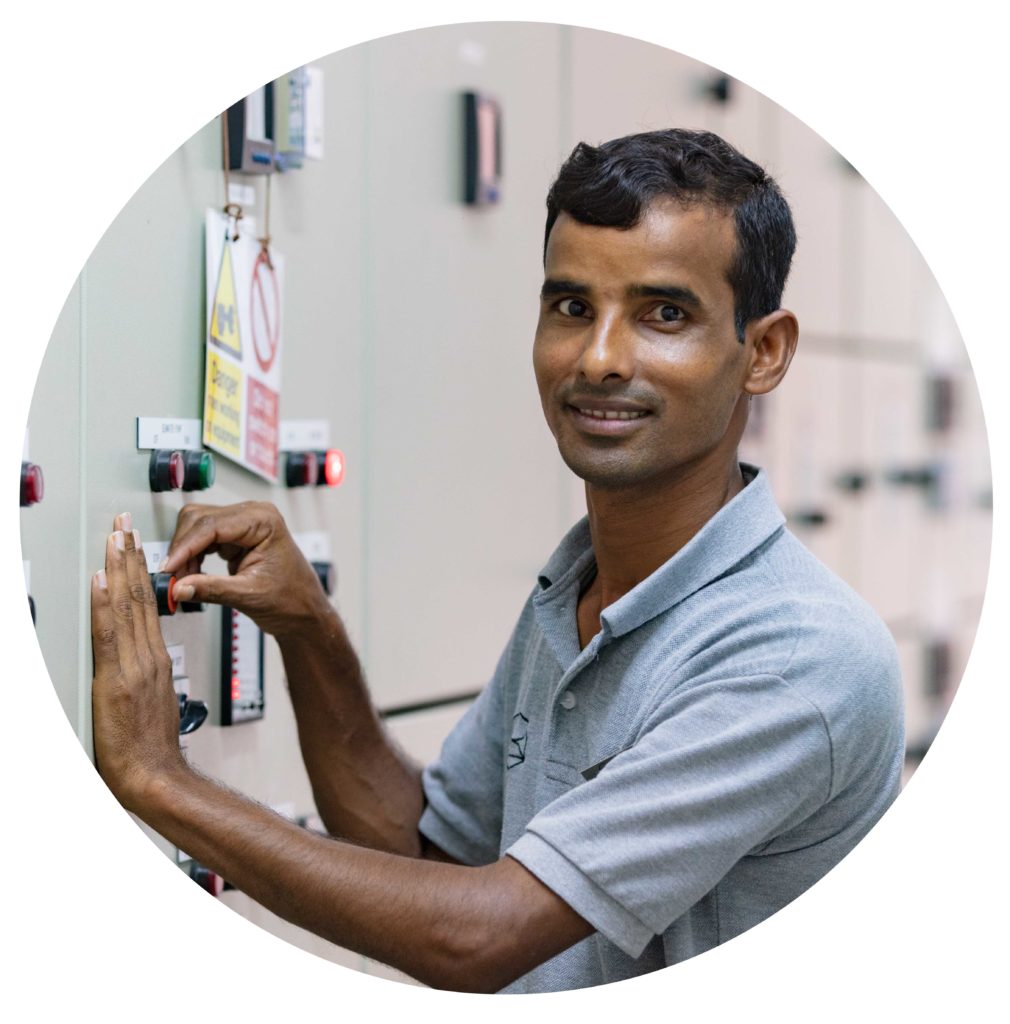 “I like to believe that there’s simply nothing I cannot attend to; be it maintenance of villas or pools, carpentry, painting, electrical works, etc. Currently, I work at the powerplant, ensuring that everything is in order, under the supervision of the engineer, and I love what I do.”

Hussain Ali got his marine driving licence, at the age of 15, the first day they started issuing them. Working as a Boat Captain from 1993 till 2009 in Holiday Island Village, Hussain has spent the past six years with the team at Constance Halaveli Maldives. 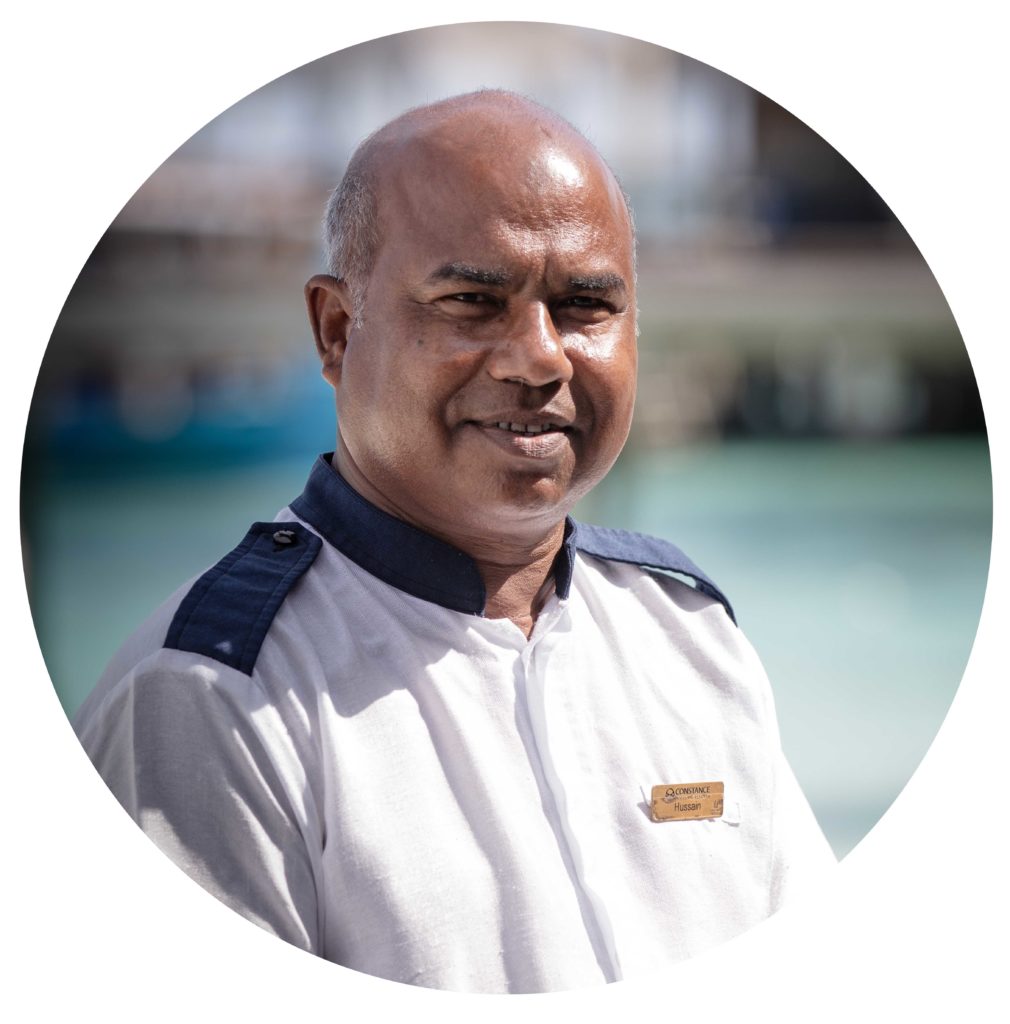 “I am from a ‘family of the sea.’ My father was a fisherman, and the sea is where I belong too. Today, we have two Captains and a crew, and busy day prompts about 12 rides and trips to Malé on occasion. I’ve been out at sea all my life, and this is what I love doing. And this is where you’ll find me in the future.”

Ahmed Nazir is one of the faces guests have seen since the beginning of Constance Halaveli Maldives. As an Island Host, Nazir and his team are tasked with cleaning and presentation of all the guest areas; arrival and departure lounge, reception, spa, restaurants, etc. Nazir joined the laundry team back in the day, but for the past seven years, he has been loving what he does as an Island Host. 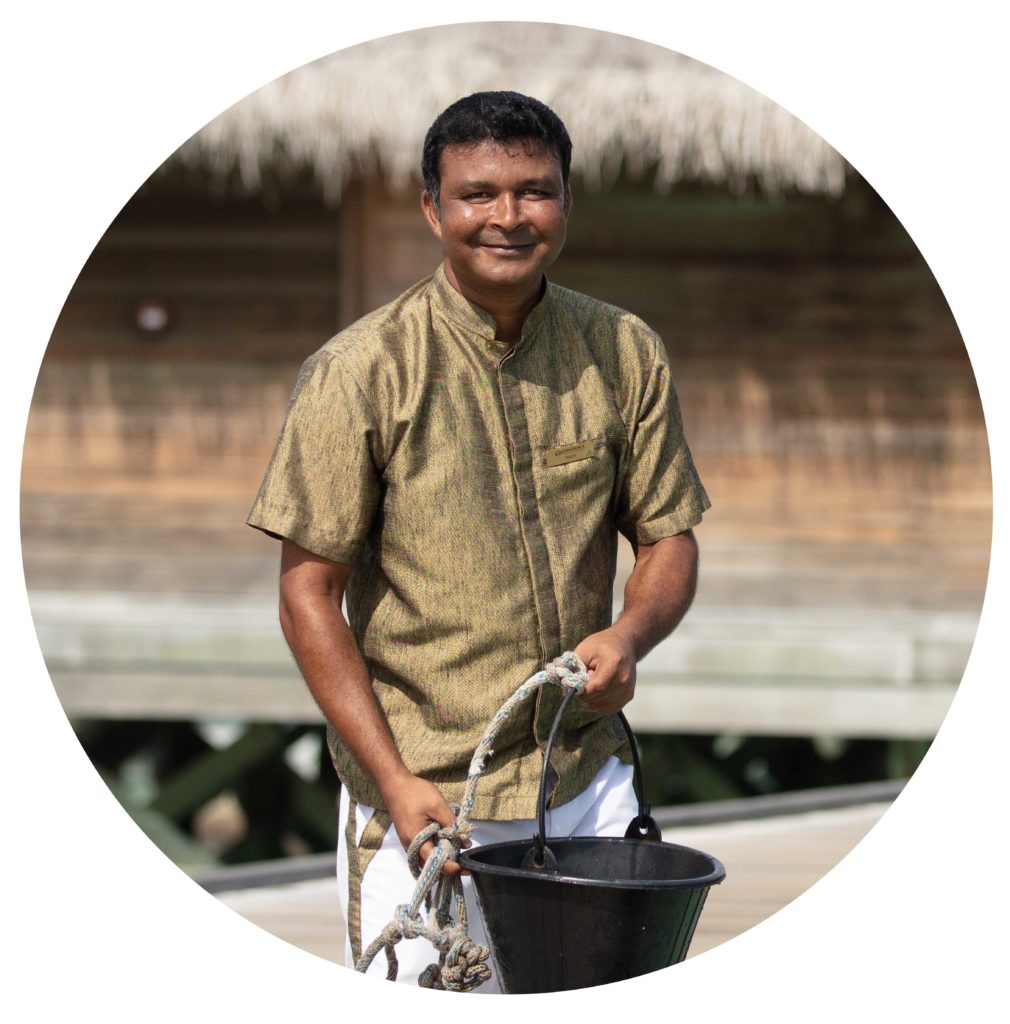 “The number of years I’ve spent at Constance Halaveli Maldives is a testament to the fact of how much I love being a part of this team. The best part about the property is the close friendliness between all team members and management. I’ve been working in the industry for the past ten years, and that is one thing which is purely exceptional.”

Ishan Lakmal joined Constance Halaveli Maldives over nine years ago. He started off as the Spa Head Therapist, in a supervisory position, but today finds himself as the manager of the spa. Originally from Sri Lanka, Lakmal’s biggest strength is his quality of inspiring both himself and those around him. 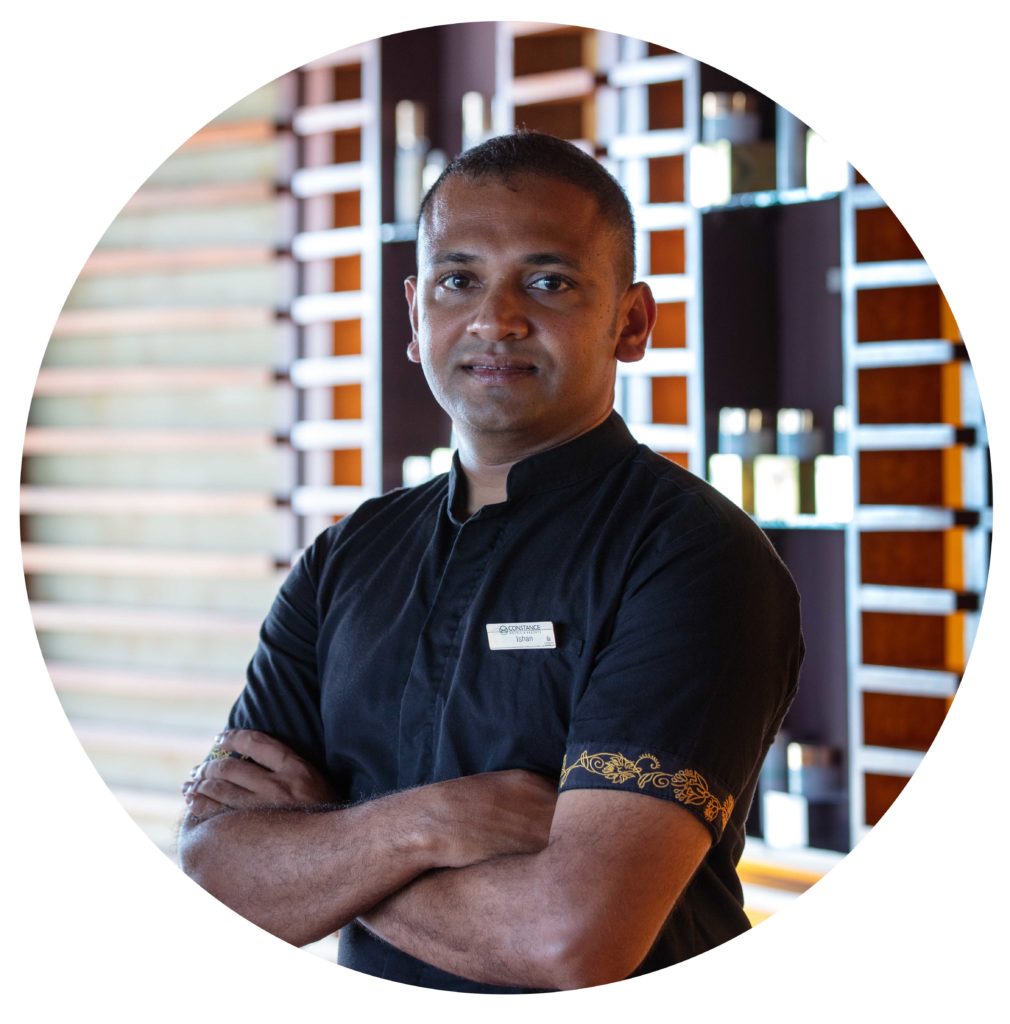 “My focus is to empower, support and lead my team by example. And Constance Halaveli Maldives is where I can do that to the fullest of my capabilities. It is an amazing brand with a family spirit between all levels of team members, and it is my pleasure to work here.”

With a genuine passion for hospitality, Rossana De Sanctis is living her dream at Constance Halaveli Maldives. Originally from Rome, Italy, she has been with the Constance brand for the past six years. As the Rooms Division Manager, she oversees 71 team members at the Front Office and Housekeeping Departments, and ensures that everyone is ready to go the extra mile to create and shape unique “Constance moments” and true “Constance experiences.” 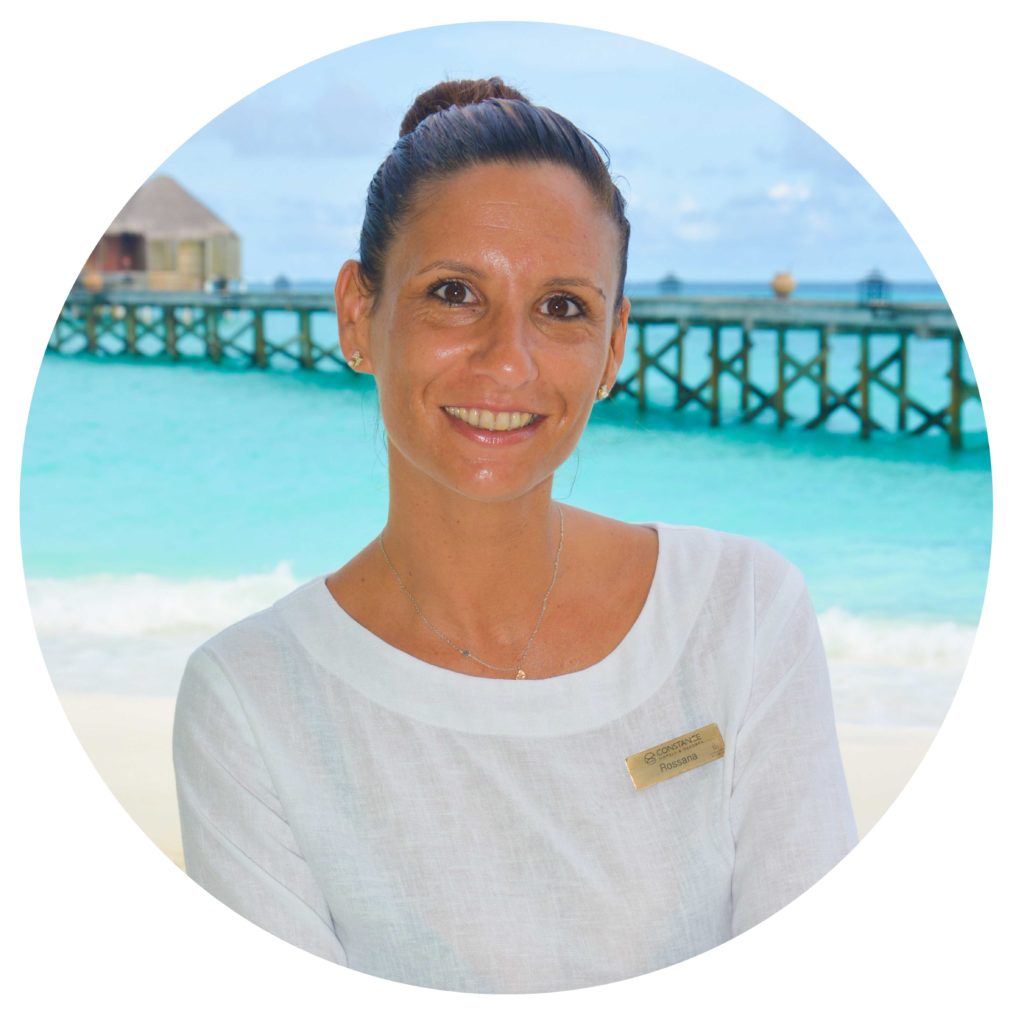 “Working in hospitality is not a job, but a lifestyle. And my core principles of integrity and respect reflect that of the Constance brand in ‘treating our guests as friends, but never forget the excellence they deserve.’’﻿

2 Maafaru men arrested after they flaunt travel ban to...

The presidential Commission on Corruption and Asset Recovery turned in its official...

The party council of the Jumhooree Party (JP) has proposed to dismiss Tourism Minister...

Maldives Correctional Services has revealed that jail officers and inmates at Asseyri...

As of 1800hrs on Monday, authorities confirmed that an additional 14 individuals...

The Government of Japan has provided aid worth USD 5.6 million to the Maldives for...

India has renewed the quotas issued for the import of essential commodities from...